The Cheshire Design Centre has been developing a new range of instant boiling taps over the last 2 years, taking the best design features and technology from around the world to perfect a solution that will appeal to every home. The taps are all 3 in1 or ordinary hot and cold with the addition of instant boiling through the same spout all controlled by a digital and cleverly designed and insulated 2.4 litre tank that maintains its contents at 98 degrees C, ready to make hot drinks, fill teapots, cafetieres, pans or basins to more quickly cook vegetables, pasta or rice.

The tank is WRAS and CE approved and the water entering the tank is filtered by a state of the art hi-tech and also WRAS and NSF approved micron carbon filter that removes not only particulates such as Micro plastics but also Lead, Asbestos and water borne Cysts such as Giardia and Cryptosporidium that contaminate some water sources. Buy now

Safety is the paramount concern of most people and as you might expect our taps have added safety features such as a button press spring back system to prevent a child from accidentally accessing the boiling water or somebody leaving it running. In reality, they are far safer than kettles as the tap is usually located at the back of the work surface and can’t be pulled onto a child as can a kettle, or a lead caught or a spill from a trip or accident. The Child Accident Prevention Trust says more than 6,500 under-5s have to go to A&E departments each year because of scalds from kettles and spilled hot drinks.

Not only have we worked hard to ensure safety but we have also designed features to ensure the tap operates efficiently and for example, doesn’t spit or splutter and maintains more hot water at the desired temperature for longer as well as getting it to maximum temperature quickly so there are a number of unique design features in the black box that is the Digital Tank. One is the digital temperature control which is accurate to within 0.5 degrees C so it switches the heating element on quicker and also off nearer to the highest temperature 98 degrees C. Unlike the analogue tanks ( dial control) that are only accurate to within 5 degrees so by definition they have to switch off sooner to avoid boiling the water. 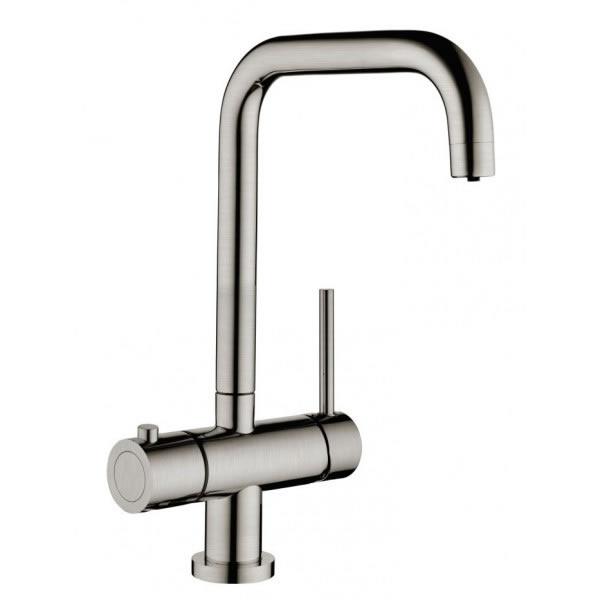 Our taps come in 2 designs, C or D shaped spouts, and two finishes, brushed nickel or chrome plated. They are guaranteed for 2 years and are all the same price at £699.00 inc vat.

We recognise that most people will be replacing a perfectly good kitchen mixer tap to be able to access the luxury and convenience of instant boiling water so we’ve devised a tap scrappage scheme that will give you at least £100 back for your mixer tap. You simply have to complete the form supplied with the product along with the tap in question and claim either your £100 cash refund or choose to accept 4 replacement filters worth over £130 which we’ll despatch to you by return.

Buy our taps from Amazon

Our shop isn’t always staffed so please call ahead to make an appointment prior to visiting.

New from Chesneys for outside living – A BBQ which becomes an outdoor...

How to reduce your fuel bills by 38% and reduce pollution at the same time,...
Scroll to top