Thermaskirt Plinth Heating, the skirting board that heats your home at the cheshire design centre

Since ThermaSkirt was presented on BBC’s Dragons Den in 2008, they have supplied over 10,000 domestic ThermaSkirt systems. In addition to this, ThermaSkirt has also been specified on many prestigious installations within the NHS, Schools, Care Homes and other public spaces around the world.

Featuring more and more on DIY & TV makeover programs has also helped raise brand awareness, whilst involvement in the Governments Green Deal, Retrofit for the Future and the Renewable Heat Incentive scheme is an important milestone in the ThermaSkirt’s development.

The two principal forms of room space heating conventional radiators and under floor heating now have an established, dynamic and innovative competitor in ThermaSkirt Plinth Heating. 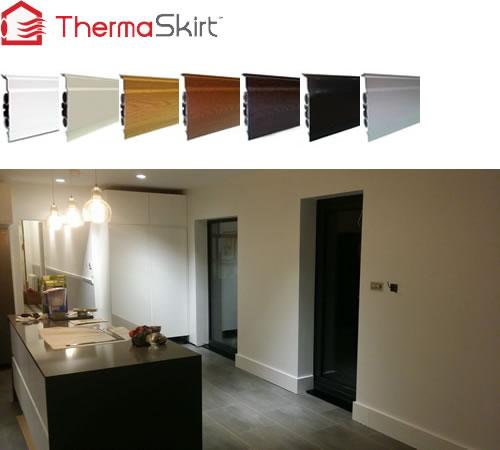